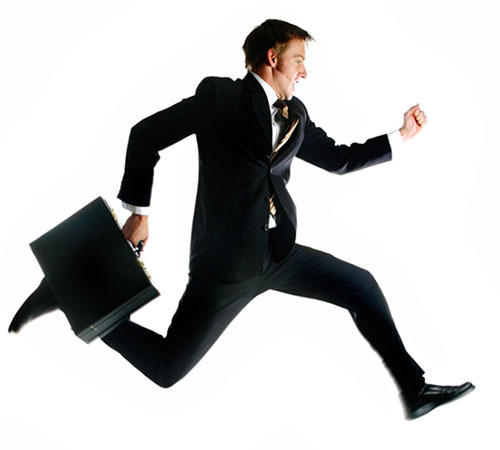 FOMO. Fear Of Missing Out. It’s the new buzzword. And, everybody’s using it. Well, everybody who’s that annoying over-the-top-my-life-is-amazing arrogant sales person that just won’t leave you alone about the greatest new MLM or investment deal they’ve discovered that you will be sorry you missed out on … unless you act NOW!

So — what are you really missing? Is life really that urgent that you simply must act now — or, your life is going to be miserably boring or hopeless unless you dive in to this amazing opportunity?

Well, sometimes — yes. You need to “jump”, as Will Smith teaches. Maybe if only to overcome an unfounded fear of the unknown, or to boost self-confidence, or literally to get off the fence of doubt and disbelief. Sometimes we all veer off the path of strategic plans and goals that are good for us. Sometimes we all get a bit distracted by time wasting efforts that do not really produce the good things in life. If you’re ADHD, like me, you get distracted more often than …. hey, squirrel!

Then, there is that nagging inner demon that every over-achiever and workaholic ultimately will have to face: you are addicted to the rush, the next deal, the next win. And, in fact, you are probably very insecure and lacking in self-confidence, so you push for the next big win, simply to get the recognition you so deeply crave. Else, you are such a loser and life is worthless, and you’re the epitome of failure.

King David of Old Testament days wrote this biblical song, “Be still, and know that I am God” (Psalm 46:10)

Just a few short verses before that he’s telling himself and his hundreds of servants and musicians how God is a refuge and a very-present-help in times of trouble. Keep in mind, this is the same ‘little David’ — the shepherd boy — who was ridiculed and mocked by all his older brothers, tasked with all the grunt work like shoveling sheep dung, overlooked by his own Dad when the prophet came calling for a new king … probably burned up his entire childhood and teenage years trying to belong, to receive some sort of atta-boy, some kind of recognition, some sort of promotion … and, then it happened.

He’s delivering hot wings and beer to the older brothers and the chicken little warriors — including King Saul (!) — who won’t go kill off the boasting bragging giant Goliath. David pushes his way to the front lines, declares “I can take him”, throws off the king’s armor, grabs his slingshot, and fells the giant with one smooth stone. Then he chops off the head of the potty-mouth heathen warrior so he can go mount it on his wall back home and boast of his kill.

Now, who’s the man?! Look what I did! Check out that nasty Goliath mount on my wall!

Of course, there were rewards at stake. The king’s daughter and NO MORE TAXES for life. What a deal! How’s that for motivation?! Talk about FOMO!!

See, David was ultimately installed as King following a really nasty transition of power. King Saul despised him, deceitfully promoted him, and maliciously sought to murder him — but God always seemed to help David escape.

He did win the prize. He did take the throne. And, he was the greatest king Israel has ever known — to this very day. But he abused his throne. And he sinned greatly. Before God and the entire nation. And he was ashamed. And he suffered multiple consequences of chaos and disorder because of his sins.

So now, he’s asking God to help him. And he’s afraid. Not of missing out, but of losing his fellowship with God. And of losing his only hope of restoration and redemption with his family and friends. With his entire nation of fans and followers. So, he’s waiting. And listening. And worshiping.

I’m finding that being “the man”, the big dog, the king-of-the-hill … is really just a pursuit in egocentric idolatry in many ways. Men age and grow weak. Big dogs get replaced by bigger dogs. Some kings become wild-eyed paranoid pimps and get dethroned.